Strauss & Mozart Concert
in the Hofburg Vienna and the Konzerthaus

The world-famous melodies by Mozart and waltzes by Strauss have their origins in Vienna. They belong to this beautiful city just like St. Stephen’s Cathedral or the “Heuriger” and are its cultural heritage and landmark at the same time.

The Vienna Hofburg Orchestra presents the most popular compositions by Wolfgang Amadeus Mozart and the Strauss family as well as works by Kalman and Lehar in its Strauss & Mozart concerts.

The orchestra consists of up to 40 musicians and is accompanied by internationally renowned opera singers and classical ballet from Vienna’s opera houses.

The concerts traditionally take place in the Ceremonial Hall (Zeremoniensaal) of the Vienna Hofburg Imperial Palace and the Mozart Hall of the Konzerthaus Vienna.

Just as Johann Strauss planned, and according to the tradition of all great Viennese orchestras, the musicians have prepared some musical jokes to delight the audience once again every evening! 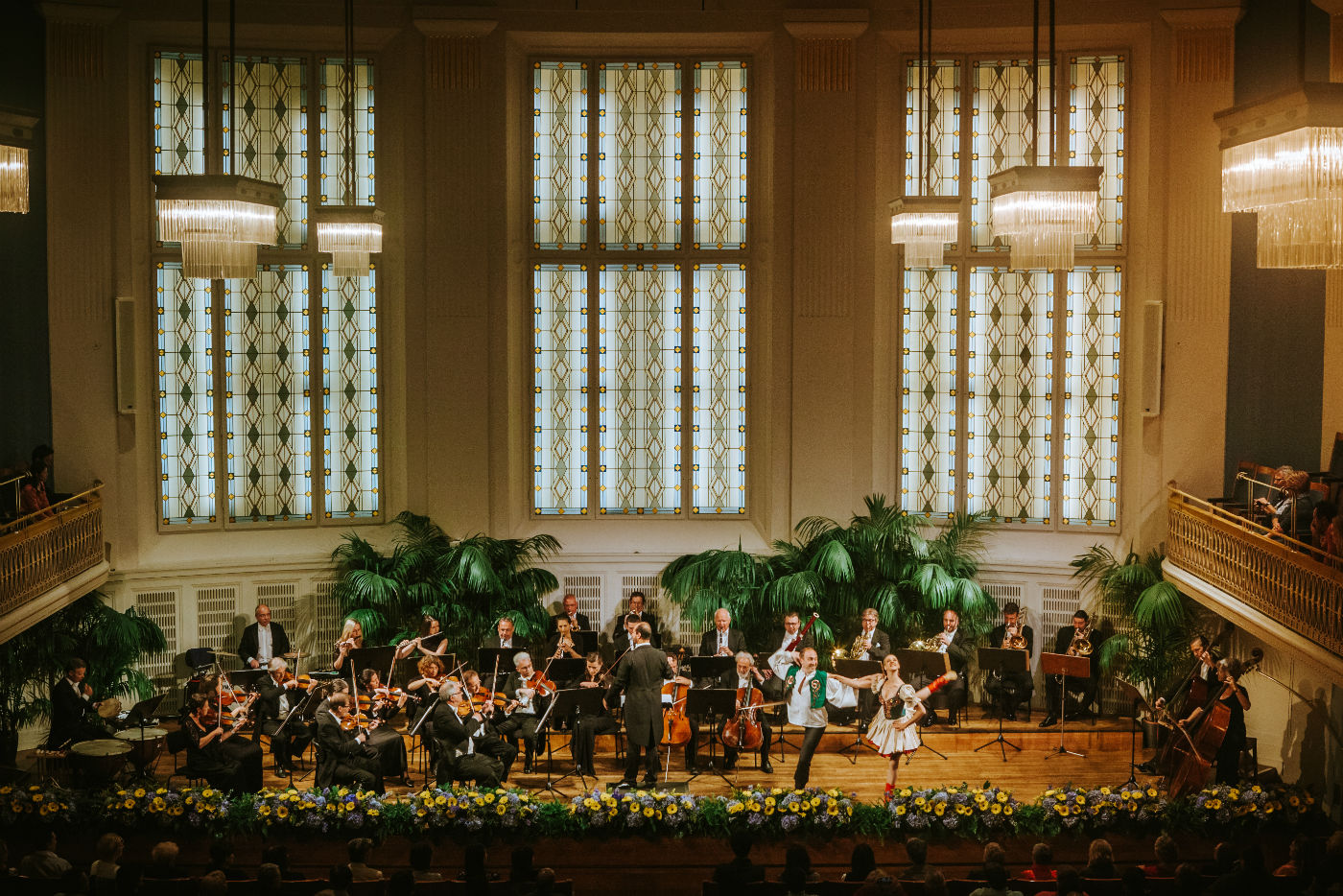 The Ceremonial Hall (Zeremoniensaal) of the Vienna Hofburg was built in the Classicist style from 1802 to 1806 under Emperor Franz I by the court architect Ludwig Montoyer.

In 1810 Napoleon chose the Ceremonial Hall for his courtship and to ask Emperor Franz I for the hand of his daughter Archduchess Marie Louise.

Emperor Franz Joseph I (1830 – 1916) and his wife Elisabeth held annual symbolic foot washing ceremonies and washed the feet of 24 old men and women. This ritual was to honor the peoples’ religious customs and the reigning couple saw it as their personal matter of care.

The Ceremonial Hall also accommodated court concerts and balls. Emperor Franz Joseph I and Empress Elisabeth held grand gala evenings such as the “Ball bei Hof “(Court Ball) to which only the Royal Household and high aristocracy were admitted.

Until the end of the monarchy in 1918, the ceremonial room served as a throne room.

The Mozart Hall is the second largest hall in the Konzerthaus Vienna.
Its 704 seats are divided into balcony and ground floor. For a classical concert it provides both an informal intimacy and the necessary space for a fantastic musical experience.

The Mozart Hall enjoys a worldwide reputation for its unique acoustics.
As a result, it is used for sound recordings on a regular basis and makes the Mozart Hall particularly popular with leading orchestras and soloists.

Here you can find the dates for all Strauss & Mozart concerts of the Vienna Hofburg Orchestra.